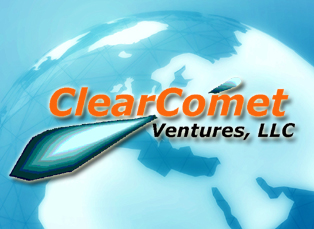 Will Ahern – All About The Internet Since 1998

I have been all about the Internet since 1998.  At the time of the invention of the original IBM PC, I started my IT career as a Sales person on a retail showroom dedicated to selling personal computers.  Microsoft was part of the mix from the begining with its DOS system (Disk Operating System) needed to run the PCs. Apple was selling the Apple II and the Macintosh was still a bit in the future.  In those days, personal computers were replacing typewriters with word processors, calculators with spreadsheets and “dumb” terminals with smart interfaces connected to corporate mainframes.  Local Area Networks (LANs) were soon to follow connecting disparate computers to central PC server using Ethernet  or Token Ring protocols.  Experts were needed to setup and maintain these systems often using the leading networking software from the company Novell.  When the Mac (Macintosh) appeared on the market, there was often fierce fighting over whether to use Macs or IBM PCs in corporate markets.  Even clones of the IBM PC, like Compaq were part of the fight.  At that time IBM had great control of the corporate because of its market leading position in mainframes and mini computers.  For the small business user, choosing between PCs and Macs was not so influenced by IBM.  Everybody had an opinion and a position.

In 1999, I retooled and decided to focus on services related to the Internet.  I organized the company ClearComet Ventures, LLC. Today the Internet is ubiquitous, then it was largely an unknown except to nerds and technically inclined people.  Awareness of the bright future for the Internet was just beginning.  Google had been formed in 1998, Facebook to come in 2004, and the iPhone was still to be introduced in 2007.

I have focused on helping small, yet important clients get a start on the Internet.  From designing and building a website, with functional features to hosting those websites on secure, high performing platforms.  That was the start.  Today, I differentiate my offerings with meticulous and customized hosting services as well as including private label streaming solutions.

Now we are at another watershed moment.  Where messages are being controlled and censored.  Where corporations, governments and individuals are uploading to the “cloud” and trusting that which is controlled by so few. People are being cancelled.  Big tech is in the driver’s seat. Big tech and government are spying on U.S. citizens.  Small businesses, organizations and individuals need to find the way to navigate between being promotionally public, controlling their message and at the same time meticulously private when needed or wanted.

Combining my two core offerings around web hosting and streaming with stealth solutions, I help my clients achieve a balance.  Providing web based solutions for broad exposure and privacy solutions for personal use.  The stealth.systems is a consultancy which I offer complements the need for both public and private interfaces.